Skip to Main Content
It looks like you're using Internet Explorer 11 or older. This website works best with modern browsers such as the latest versions of Chrome, Firefox, Safari, and Edge. If you continue with this browser, you may see unexpected results.

An introduction to Native American historical speeches and contemporary debates.

National Museum of the American Indian

"The first national museum dedicated to the preservation, study, and exhibition of the life, languages, literature, history, and arts of Native Americans.”

Indigenous Arts of North American from The Denver Art Museum
The DAM recognized and valued the fine aesthetic qualities of Native arts from early on and today its collections hold the work of contemporary Native artists from many time periods.

Native American Art Collection from Virginia Museum of Fine Art
The collection includes objects dating from prehistoric times to the present day and encompasses a variety of media from textiles, beadwork, sculpture, painting, and photography. 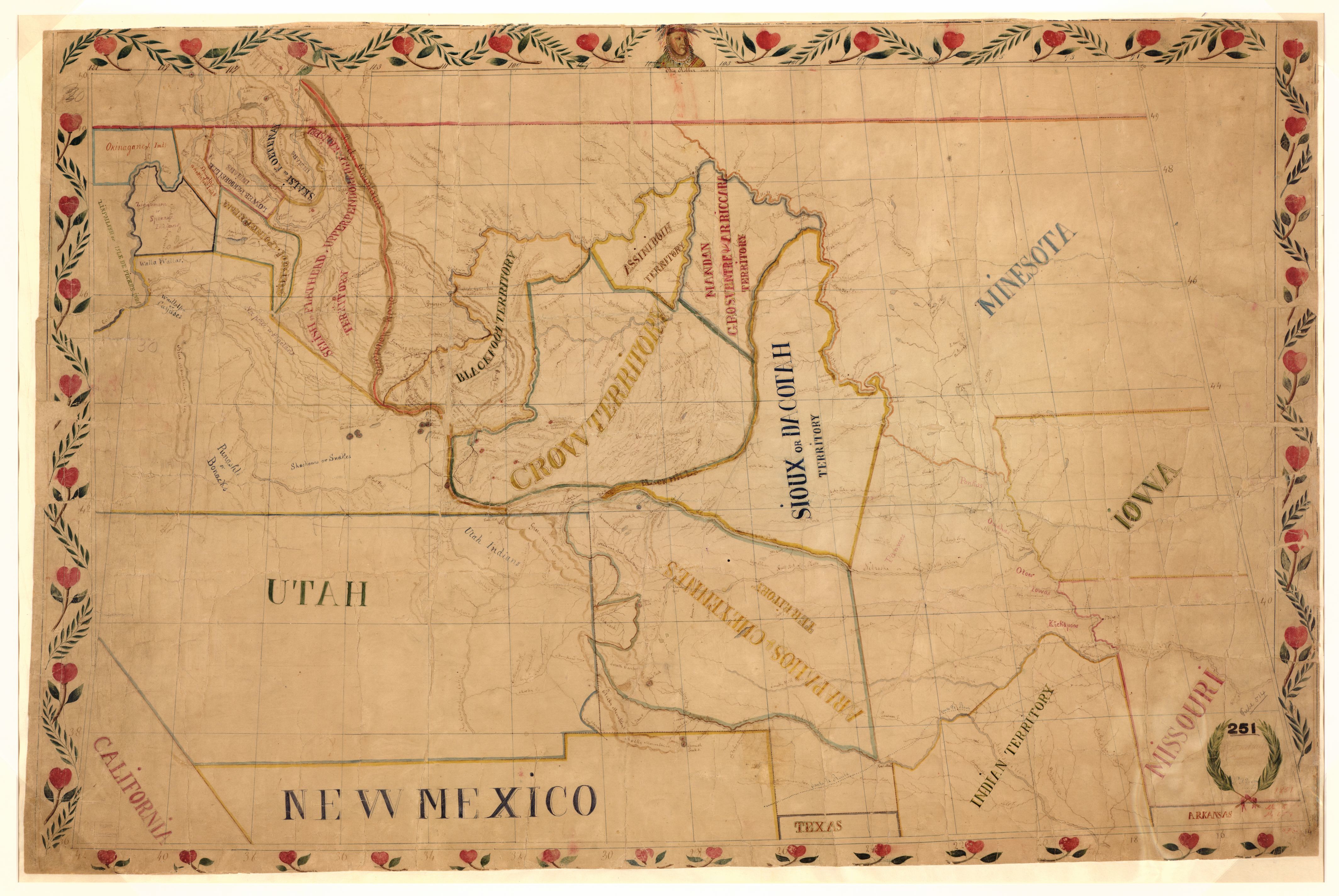 Native American Spaces: Cartographic Resources at the Library of Congress

This guide provides access to digitized primary sources, print bibliographies, and related online resources for the study of Indian and Alaska native people of the United States.

Early maps of the United States; contain visual representations of native peoples, both in the marginal vignettes and in cartouches. A link to the catalog here.

Historical Maps of the United States

A collection of maps presenting early inhabitants, exploration and settlement, territorial growth, military history. Hosted by the University of Texas at Austin Libraries. Links to historical maps placed on other websites. 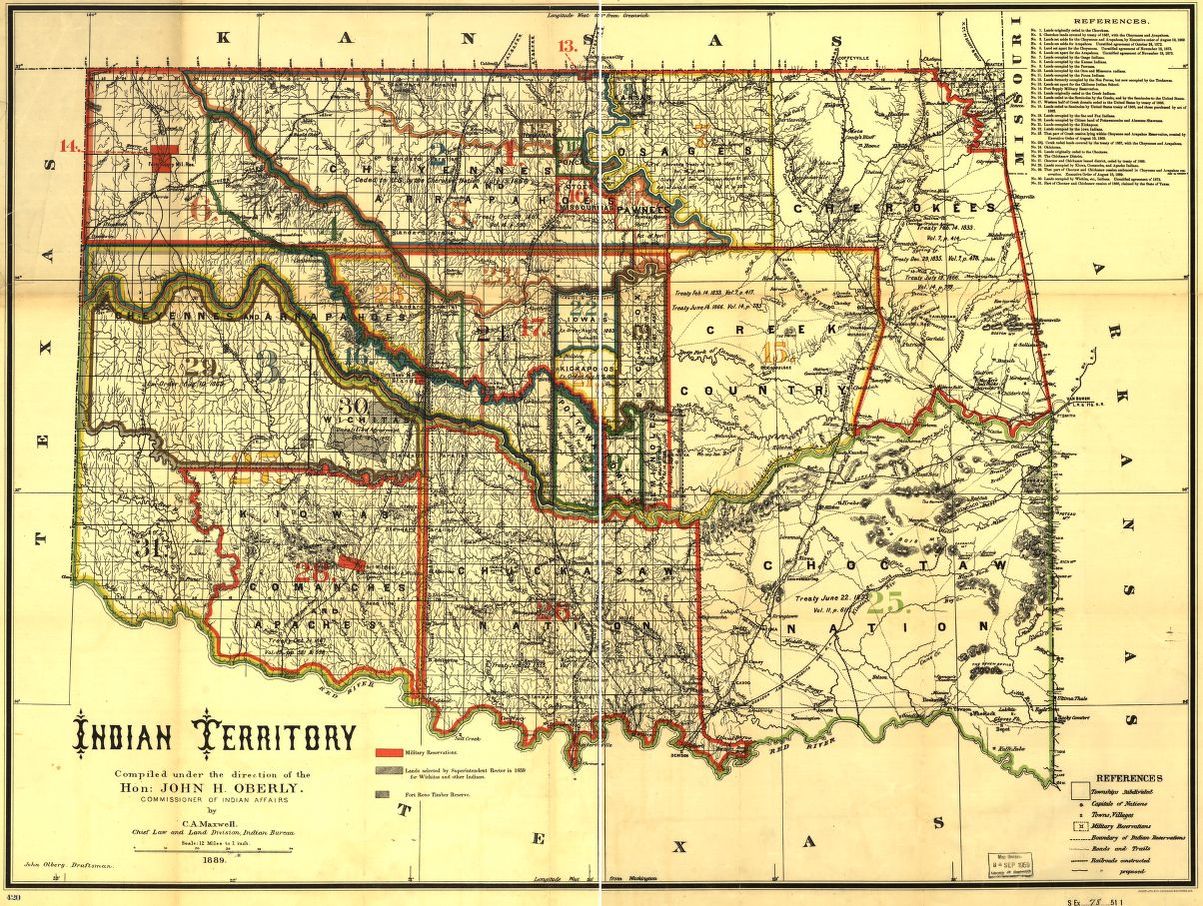 A collection of historical maps from the Library of Congress.

An interactive map of the US expansion across the continent. Invites the viewer to explore every Native American land cession by treaty and executive order between 1776 and 1887.

The map accompanies a book West of the Revolution: An Uncommon History of 1776 and offers a time-lapse vision of the transfer of Indian land between 1776 and 1887.

In 1968, photographer Laura Gilpin published The Enduring Navaho, which intentionally juxtaposes colonialist cartography with an immersive understanding of landscape. This article situates Gilpin's project within the broader historical trajectory of traditional Navajo spatial imaginaries, including the work of contemporary Navajo artist Will Wilson.

The article focuses on the history of the Native American cartographic system based upon the supernatural religious ritual called the Ghost Dance movement and the use of thanatoptic space as a symbolic representation of death and burial in maps during the 19th century. The author provides a brief history of the Ghost Dance, emphasizing that its use of cosmology influenced the rendering of the maps.

One of the few maps made by the indigenous population of the Americas and dating from the early eighteenth century to have survived, either in original or copied form, is the subject of this article. The map, on deerskin, was given to the new governor of South Carolina, Francis Nicholson, by an unknown Native American. After situating the map in its historical period and detailing the claims for a Catawba origin, these claims are refuted and evidence supplied for a Cherokee origin.

Beginning with the premise that sovereignty may be most constructively contemplated as a process, this article examines counter-mapping as a way for contemporary indigenous citizens to “do” sovereignty. It surveys three Anishinaabe/Ojibwe communities’ recent use of geographical techniques to communicate their own territorial claims and counter the competing claims of others. The author suggests that indigenous people who choose to enact their sovereignty in this manner are indeed empowered, but only within an existing—and inequitable—socio-political system.