Skip to main content
It looks like you're using Internet Explorer 11 or older. This website works best with modern browsers such as the latest versions of Chrome, Firefox, Safari, and Edge. If you continue with this browser, you may see unexpected results.

This LibGuide is intended to assist patrons who are interested in learning more about NoDAPL’s historical context, #NoDAPL visual art and related struggles. 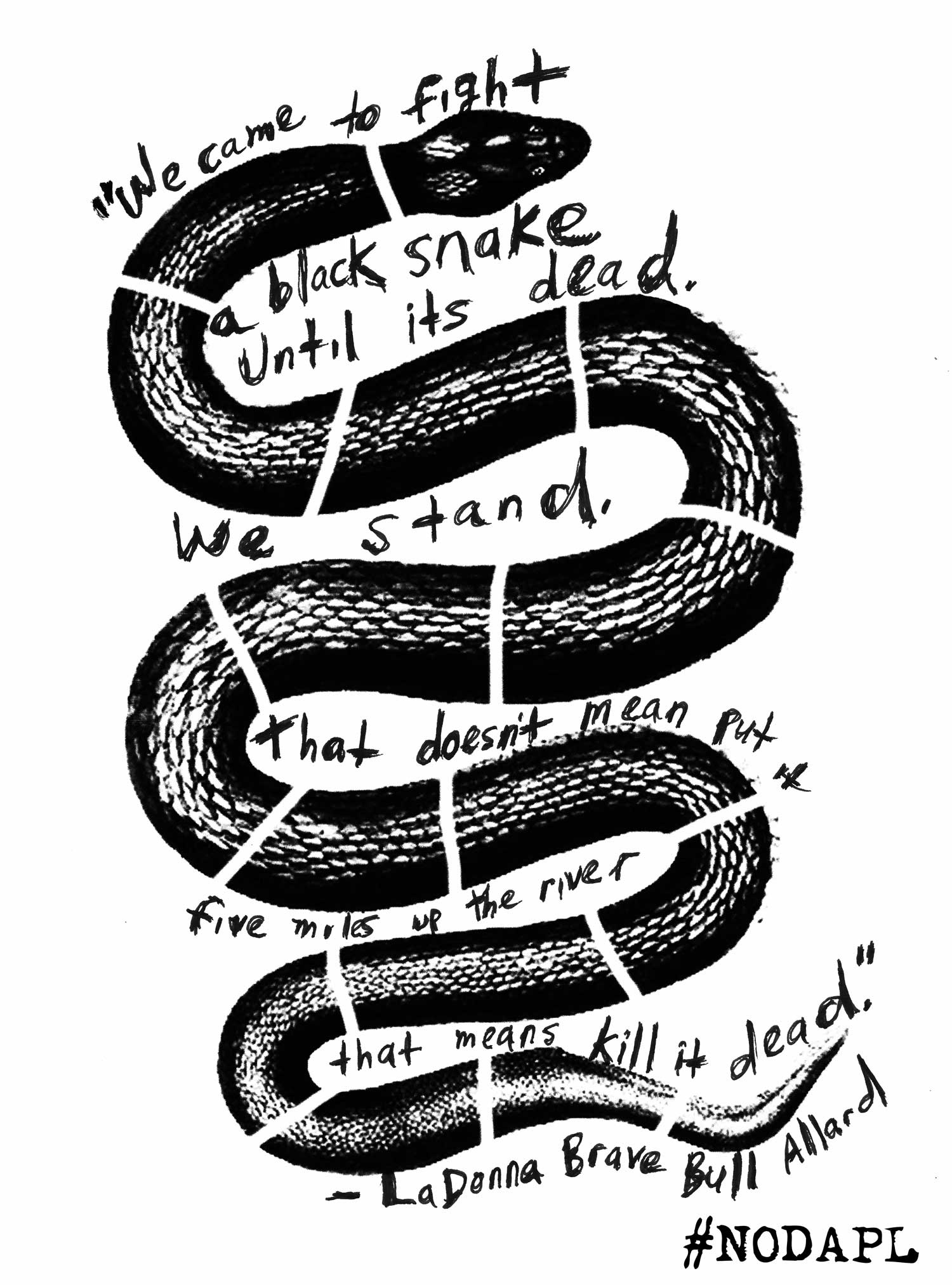 We Came to Fight A Black Snake by Nicolas Lampert

"Quote by LaDonna Brave Bull Allard of the Standing Rock Sioux. She first made the call for Native people and their allies to come to the Sacred Stone Camp and stand up to the Dakota Access pipeline."

Beyond Standing Rock, Inside Energy, 2017.

An hourlong documentary covering three stories of tribal sovereignty on Turtle Island: the Standing Rock Sioux's opposition to the Dakota Access Pipeline, the Southern Ute tribe's journey to develop their own energy resources and the disputed designation of Bears Ears National Monument. The website includes unique resources such as a national map of tribal lands and fossil fuel resources and a 170-year timeline of the road leading to NoDAPL. The film can be rented for 24 hours on Vimeo for $3.99.

This video is a recording of a panel at Harvard University of Native and non-Native experts in Indigenous Studies, U.S. History, Federal Indian Law as well as the Tribal Chairman from the Lower Brule Sioux Tribe of the Oceti Sakowin. To read (or search) the transcript of the panel, click the ellipses on the left below the video screen.

Our History Is the Future: Mni Wiconi and the Struggle for Native Liberation, Nick Estes, 2017.

The dissertation of historian and Lower Brule Sioux Tribe citizen, Nick Estes traces 200 years of Indigenous resistance to settler-colonialism along and across the Mni Sose, Missouri River.